What Are You Going To Do About Your R-22?

Is your air conditioning system more than ten years old? If so, there is a really good chance your system relies on R-22 refrigerant to cool your home. Since the 70s, it has been widely known that gases similar to R-22 refrigerant are harmful to our environment. Using that information, our industry has been following strict guidelines and regulations on how to handle the refrigerant to limit its exposure to the atmosphere. In 2010, the EPA officially began the phase out of R-22 and other ozone depleting gases. This ten year process called for all newly manufactured AC systems to be R-22 free, and limited the amounts of R-22 that were being produced and imported on a gradually declining scale. The ten year timeline was chosen so homeowners could replace their systems within normal life cycles. That phase out ended January 1, 2020, which means moving forward, R-22 will no longer be manufactured or imported in the United States. 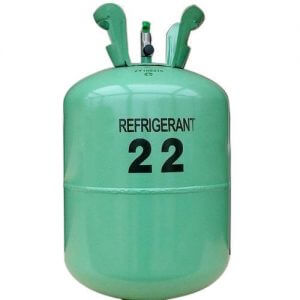 It is true that some supplies of recycled R-22 are still being sold. However, with such a low stock and a very high demand, the prices of the recycled R-22 have sky rocketed and have made it very difficult for homeowners to justify investing that amount of money into a system which is past its expected life.

R-410A Is Safer for our Environment

Air conditioning systems produced after 2010 used a new refrigerant referred to as R-410A or Puron. This refrigerant can absorb and release more heat than R-22 and also operates at higher pressures. This means the system can withstand more stress and will be more efficient than older equipment. Of course the best part of R-410A is for the first time in 50 years our industry is finally using a refrigerant that is safe for our environment. Due to its chemical differences R-410A cannot be put into older R-22 systems, and any copper lines that are reused for the new system should be properly flushed and refurbished before connecting to the new system.

1. Do nothing until the system breaks down. If the system is operating normally and hitting the set points on the thermostat without driving energy bills through the roof, then you may not have to do anything. The use of R-22 is not banned, just the manufacturing and importing. This means there will not be “Refrigerant Police” knocking on doors any time soon and forcing people to shut their AC down. However, once the system breaks down or develops a leak, people will be forced to make urgent decisions. A good argument could be made that any breakdown, whether it is refrigerant related or not, calls for people to replace the system rather than spend money on old, obsolete equipment. Money spent should be used to purchase a new R-410A system. However, if customers decide to ride the R-22 system out, it is suggested annual maintenance be scheduled with a professional contractor. This may help the aging system run more efficiently, reducing the chances of a breakdown and extend the overall life of the system.

2. Proactively replace your system before it breaks. It is estimated that almost 60% of the country still relies on R-22 to cool their homes. The Bureau of Labor Statistics also estimates that the HVAC Industry is short nearly 70,000 technicians. High demand and labor shortages may push homeowners to replace their R-22 system, even while it is operating normally. Think about the last time you replaced your car. You most likely didn’t wait until it was broke down on the side of the road to purchase a new one. You anticipated your car was nearing the end of its life and replaced it with a more reliable vehicle. The same can be said for your old AC system. If your system is using R-22 then we know that is has lived its shelf life and reliability is now an issue. Replacing this system while it is still working gives you the luxury of taking your time and making an informed decision about the new system that will cool your home for the next 15-20 years. It also ensures you will not spend days waiting in high temperatures for a new system to be installed and can help avoid peak pricing.

The most important thing people can do when it comes to the R-22 phase out process is stay informed. This information will come in handy as we get closer to the warm weather. Talk to your contractor about financing options they offer with system replacements and explore utility rebates available in your area. This will help you develop a plan for your cooling system and allow you to make the best decision for your family.

Thank you for trusting us with your comfort!

Air Conditioning Tune Ups Will Save You Money!

What Are You Going To Do About Your R-22?

Replace Your Comfort System Before It Breaks